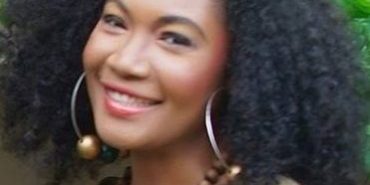 Taromi Lourdes started acting professionally with The Trinidad Theatre Workshop in 2005. In 2006 she represented Trinidad & Tobago at The World Championships of Performing Arts in Hollywood, California. Her well executed self-written monologue afforded her call backs with MTV and an audition with Joan See-a former student of Sanford Meisner and Artistic Director of the New York Conservatory for Dramatic Arts. Since then, Taromi can be seen in many TV and Print Commercials throughout the Caribbean. She’s worked with Donald Glover (Atlanta), Winston Duke (Black Panther), Noel Arthur (Good Trouble) and Kirk Baltz (Reservoir Dogs) and Michael Cherrie (Shirley). Taromi wrote, directed, starred and produced ‘Hush-a-Bye’ which won Best Actress at the World Wide Women’s Film Festival and Best Actress and Best Short at the Palm Bay Caribe Film Festival in 2019. In 2021 she was a member of the Screenplay Reading Committee for the Atlanta Film Festival. In 2022 she was awarded a scholarship to attend the Debbie Reynolds Performing Arts Studio.