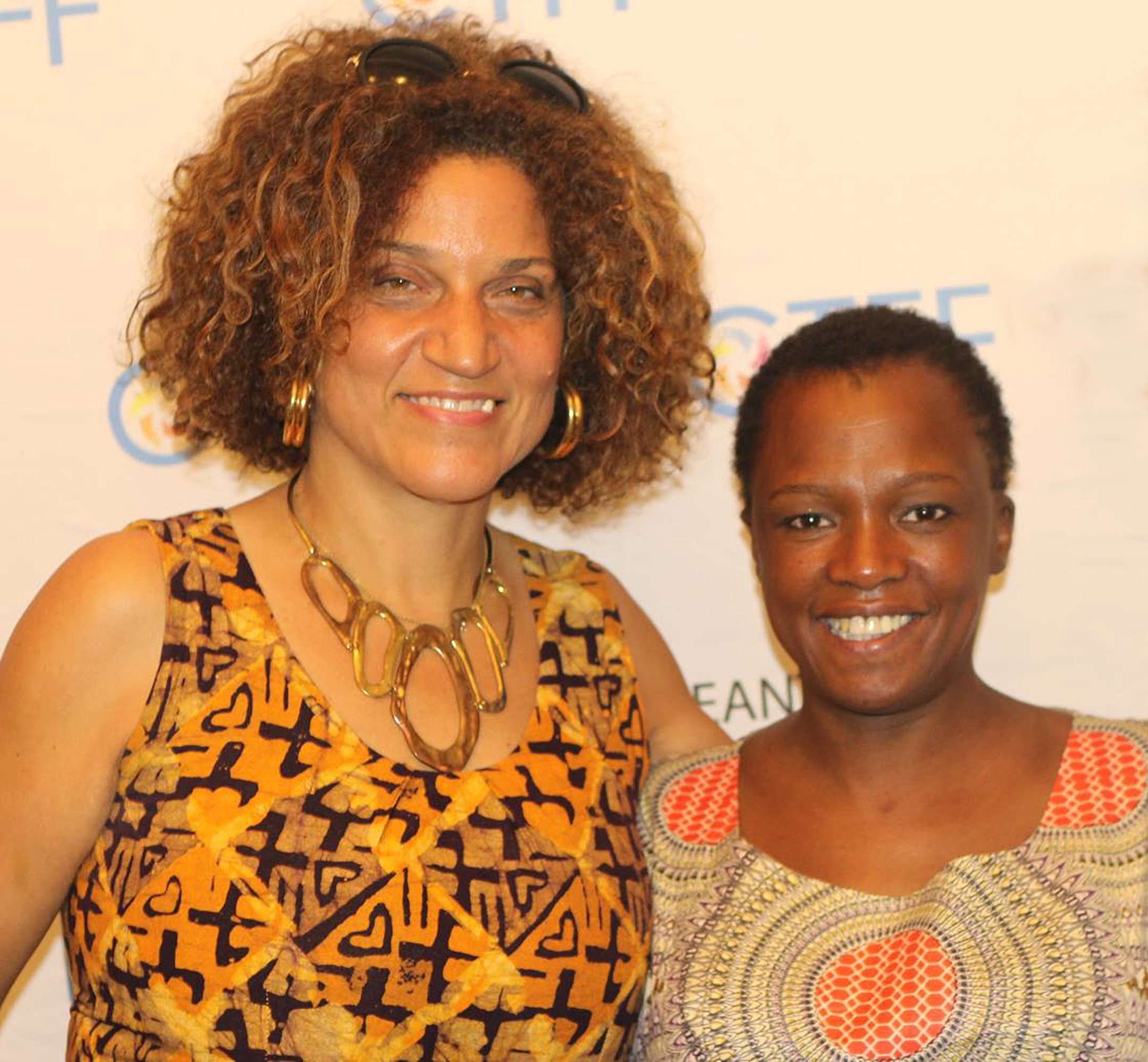 CaribbeanTales Media Group (CTMG) and the Durban FilmMart (DFM) have announced the renewal of their partnership to develop films and television content by African women and women of colour from the global Diaspora. The 3rd CineFAM-South Africa Co-Production Accelerator will be launched during the 10th DFM which takes place from 19 to 22 July 2019.

The 2019 CineFAM programme will take the form of a series of workshops, in Canada and South Africa, that aims to kickstart original co-productions led by experienced and seasoned female producers, writers and directors from both countries.

“We are excited to expand our programme and our partnership with DFM, with a focus on building a slate of compelling co-productions aimed at the global market. Our ultimate goal is to increase the pool of world-class female-driven content so as to build the audio visual capacity of both our countries,” said Frances-Anne Solomon, founder and executive director of CineFAM, and CEO of the CaribbeanTales Media Group.

The programme is co-led by Solomon and experienced South African producer Zikethiwe Ngcobo of Johannesburg-based Fuzebox Entertainment who said: “I am delighted to join this successful initiative. There is undeniably a need for women to start working across borders with each other, and at the helm of strong original international co-productions.”

Women of colour are woefully underrepresented and underpaid in the global industry, including in South Africa and in Canada, where statistics do not even exist. The CineFAM Accelerator is specifically geared to building capacity and creative leadership among women creatives and producers.

In 2017, CineFAM and the Durban FilmMart joined forces for the first time to host the inaugural CineFAM – South Africa Accelerator. The winning producer — Mary Ann Mandishona — attended the renowned CaribbeanTales Incubator programme in Canada, where she won 3rd Prize for Best Pitch. Also in 2017, CineFAM-SA in association with South African Women in Film & Television (SWIFT) jointly held a Short Film Challenge. The winning short — The Walk — was screened at the 1st CineFAM Film Festival in Canada in September 2017.

In 2018, the second iteration of this hugely successful programme focused on introducing South African producers to Canadian broadcasters in order to explore projects for co-production. From this intake, the original television series project, Queen of the Rain has received funding under the Canada-South Africa Co-Development Incentive, a collaboration between the Canada Media Fund (CMF ) and the National Film and Video Foundation (NFVF), with Canadian broadcaster AfroGlobal Television attached.

Toni Monty, Head of the Durban FilmMart said, “We have had an extremely productive partnership with CaribbeanTales through the CineFAM Programme, and are delighted to renew our relationship with Ms Solomon and to welcome Ms Ngcobo on board who brings to the table her experience and proven talent as a successful producer in South Africa. The programme comprises carefully structured workshops to actively reimagine and strategize how to facilitate, encourage and promote co-productions between South Africa and Canada and to ensure that they are women-led.”

The overall goal of the 2019 programme will be to identify and develop suitable scripts, within the terms of the South Africa-Canada co-production treaty. Selected projects will participate in a two-day intensive workshop during DFM where they will be supported by senior executives and mentors. In September, the best projects will attend and pitch their projects at the 2019 CineFAM/ CaribbeanTales Incubator (CTI), held annually in Toronto, Canada, in partnership with the Toronto International Film Festival (TIFF). It is intended that from these, a number will be go forward for development and production in 2020 / 2021.

Women of colour are woefully underrepresented and underpaid in the North American film industry — including Canada, where relevant statistics do not even exist.  A 2018 University of Southern California study found that less than 1% of directors were women of colour, based on statistics related to the top-grossing 1,100 films and 1,233 directors in America, 2007 to 2017.

“CineFAM is a Haitian creole word meaning ‘Films by Women’. We’re determined to change the Canadian film landscape and status quo by providing opportunities, access, and support to women of colour from culturally diverse backgrounds through a range of programs,” says Canadian filmmaker Frances-Anne Solomon, CineFAM’s founder and Executive Director. “Our aim is to create a pipeline of programs that will ensure representation of women of colour in the media industries, facilitating a paradigm shift.”

The inaugural Feature Film Incubator will launch CineFAM’s fourth year of programming that will include:

“The participants were chosen from a wide application intake, based on the strength and confidence of their storytelling, and originality of their voices. We want to encourage women to express their perspectives fearlessly,” said Maya Bastian, CineFAM Coordinator.

“The Harold Greenberg Fund is thrilled to be supporting the CineFAM Feature Film Incubator,” said President John Galway. “This is a valuable opportunity for women of colour to access the Canadian industry and we look forward to meeting this bright new talent that will lead the way forward.” 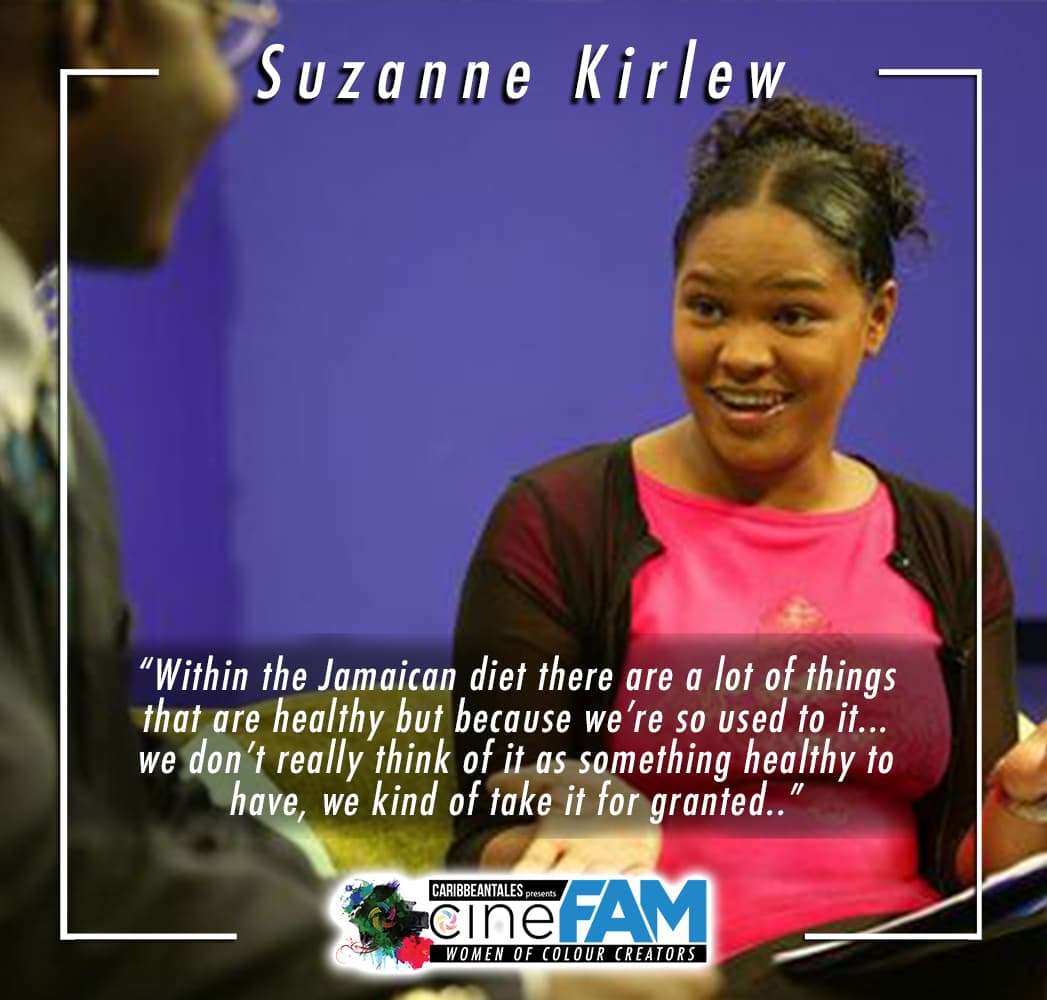 Born and raised in London to Jamaican parents, Susanne Kirlew has been a vegetarian for over 25 years. Her British/Jamaican heritage is reflected in her cooking and baking. Though England is her home, she has also lived in Jamaica, Thailand and Crete. Apart from traveling, Susanne also enjoys trying new and creative vegetarian recipes. She is an experienced television presenter with a diverse range. On location in Jamaica, she was the presenter & co-producer for Shop, Eat, Visit (the holiday programme) and she has also done a series of voiceovers for various commercials. In addition, Kirly-Sue has also been the co-presenter of Ben TV’s Breakfast Show shown on The Bright Entertainment Network for Sky Digital. 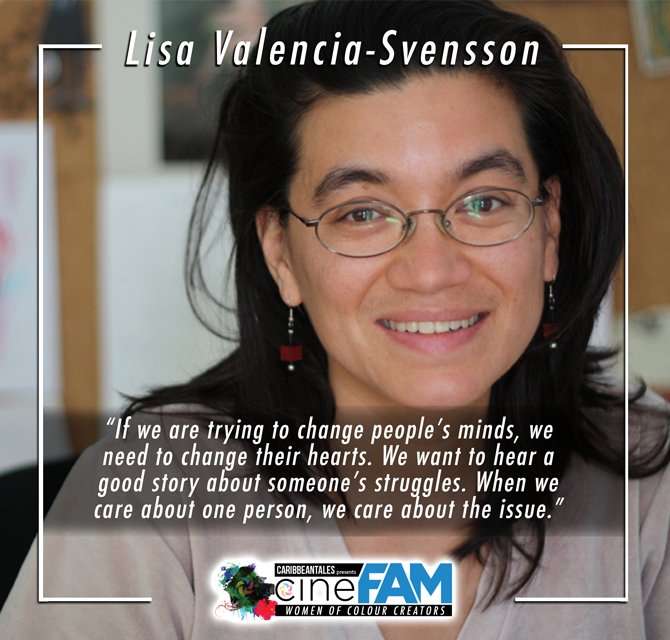 Lisa Valencia-Svensson is a Toronto based documentary film producer. She has been working at the award-winning production company Storyline Entertainment since 2007.